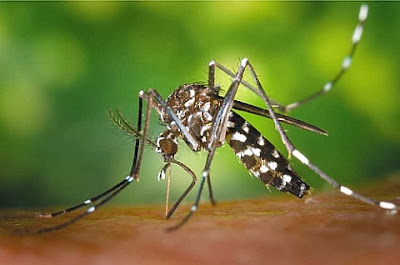 
Two weeks and positive blood tests later, I am not too proud to state that I can now pronounce the name of this disease without breaking my tongue. I can tell you that that weird name means ‘that which bends up’ in Makonde language, and I can also guess why they would name it that. And, I can spell it too, chikungunya, without faltering. After Tijm bounced up from five days of tv and unlimited Ipad, daddy has been stricken, and now I, myself have too. I worry for my girls, my mosquito magnet girls. But Linde scratches her numerous bites indifferently, till they bleed, and, so far, is standing strong.
Posted by Karien at 23:22