When the rain is away...

It was exactly the same last year. After Jasmijn's birthday in early January, the rain stopped. At first, it is pleasant to be relieved of the Singapore sky opening itself every afternoon in battering showers. Our mudpool of a garden dries up, mould can finally be extinguished, and playing outside after school is on again. The weather, sunny yet still cool from months of rain, and with a nice breeze, is refreshing and delicious.

Last year the dry spell lasted three months. Three months in which our green grass turned yellow, our red soil cracked, and our jungle lost its lusciousness. Singapore’s sweet water reservoirs started drying up and the government worried. I worried too, but not about water. Because something else happens when the rain’s away: The snakes come out to play…

Even though our house is surrounded by jungly patches, we don’t get too many slithery visitors. Well, there was that four-meter python I almost stepped on down the road. And the nest of black spitting cobra’s in the neighbour’s blinds. And that highly venomous Malayan blue coral snake, that Roel cycled over one morning, and that tried to bite his paddling ankles. But apart from that, we were fine.

Until the drought hit. For lack of water, snakes will venture further afield to quench their thirst. Admittedly, most of our visitors were of the benign kind, tree snakes, house wolf snakes. I am not easily afraid of animals. There is just one kind I don’t like. You can guess which one. 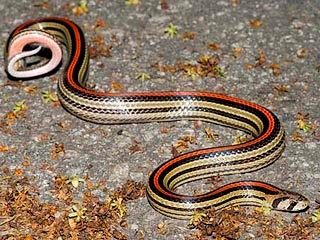 So when there is a small snake at the gate, which, according to my newest snake app, can be either a harmless striped kukri, or a highly poisonous banded malay coral snake, my worst maternal instincts come out. I am ready to kill. And I will. It is surprisingly easy to kill a small snake with a shovel.

And there is more killing going on in our garden. One day, we are drawn outside by Indah’s screams, and she points at a five foot long constrictor snake in our palm tree, coiled around a stiffened squirrel. I hold my hands in front of the kids eyes, trying to hurry them back inside. ‘No,’ they shout, eyes gleaming, ‘we want to see this.’ We watch the snake stretch it’s jaws wide, and swallow the squirrel whole. The chickens see it too, and won’t lay for a week.

My kids are braver than me. One morning, last year, Jasmijn walked out of the toilet, calmly claiming ‘snake, mama.’ By then, we were well trained to recognise the innocuous house wolf snake draped around the bowl, which we granted mercy, and threw over the fence on the same shovel.

So this week, when I passed what I thought was a large stick on the road, a stick that suddenly uncoiled with hissing tongue, my heart thumped for hours. I hope it will rain soon. So the snakes can stay in the jungle. Much safer. For us, and for them.

As I am usually too busy panicking; photo courtesy of Norman Lim, http://www.wildsingapore.per.sg
Posted by Karien at 21:35 2 comments: