I’ve often heard people say they miss the seasons whilst living in the tropics. To be honest, the only season I ever liked is summer – so living in an eternal one suited me just fine. But, now I’m experiencing it for the first time in almost a decade, I have to admit spring too has its charm. 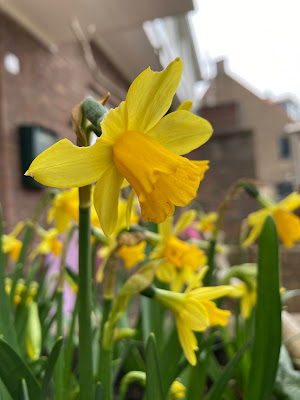 Describing spring makes one resort to clichés that don’t suit the sense of naïve wonder I feel looking at the tiny flowers suddenly sprouting up everywhere, battling up in unexpected places, between tiles on roads and in the sand of the dunes. Spring beauty is so fragile. The weather is still cold, and too early an abundance can be punished by night frosts. Still, spring sunshine has unexpected powers. When you find a spot that is sheltered from wind and showered by sun, you (and hereby I mean me, an extremely cold-hating person) can sit fairly comfortably outdoors. Until the tiniest of clouds obscures the sun and I need to rush back inside, to my electric blanket. And yes, I still wear my thermal underwear most days, in case you were wondering. 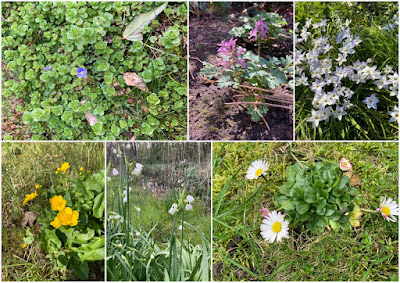 For April weather is extremely treacherous. It fools you into believing spring is here, so you take off all your layers and run outside, and minutes later will whip a hailstorm around your ears, laughing. There is a saying in Dutch ‘April doet wat hij wil’ (April does what it wants) and I've never seen that as clearly as this impetuous last month. I realise now why Dutch people always talk about the weather. There is so much to talk about. Also, my mood seems to be directly linked to the amount of sunshine I get to see in a day. That jar of synthetic vitamin D tablets only goes that far. On the upside, most trees still don’t have any leaves, so at least those scarce rays of sunshine don’t get blocked.
What makes spring in cooler climes so special is that everything happens at the same time. In the tropics birds nest year round, here a massive muddle of building action explodes in April. Spellbound, I stare at Mr and Mrs Blackbird going back and forth into the tree in the back of our garden with little twigs, for an hour. Mind you, we are still in a lockdown. It does not take a lot to excite me these days. 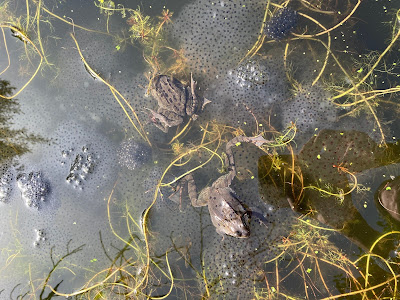 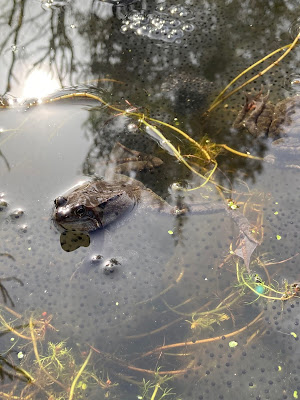 A few weeks back an exuberant frog orgy exploded in our pond. Now this was proper excitement, to see these frogs do what we humans have not been allowed in ages. Dozens of them attended the party of the year, right in our garden, and for some of them, the tight embraces got so intense that they lost their lives in the kerfuffle. This week the first tadpoles emerged from the huge patch of frog spawn that resulted, and I have no idea how the tiny pond will be able to sustain this sudden invasion of thousands. I’m sure the herons are sending out invitations for their big party, happening soon, snacks are being prepared. 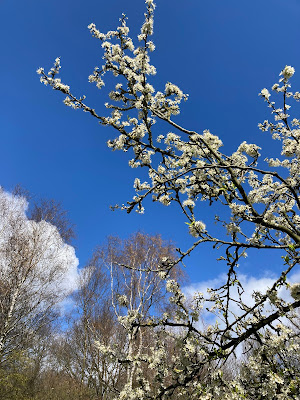 Spring beauty is not only fragile but fleeting. Soon after opening the cherry blossoms twirl from the trees again, like snow. The daffodils I planted lightened up our front garden for a few weeks but slowly wilt away already. I keep forgetting things I was supposed to do in this season, time goes so fast. Before you know it, summer will be there, then autumn and god forbid, winter again.

Which means we have to enjoy it while it lasts. I need to get up from behind my laptop, drag my kids from their screens and take them into the dunes. The sun is out, the air is fresh. Slowly, I am warming to this concept of seasons. As long as the sun shines.