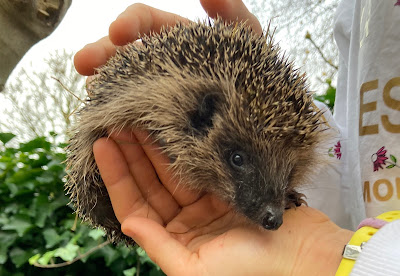 When I walk down the stairs, I see my son on his knees in the hallway, talking into his phone – a friend in Hong Kong on the other side. ‘There’s a porcupine in our house,’ my son exclaims. I grin as I skip down the last step. ‘Not a porcupine, a hedgehog,’ I correct him, turning around to his sister in the kitchen. ‘Did you let Rob out?’

In Singapore we had squirrels, flying lemurs, pangolins and pythons in our garden, amongst many, many other representatives of jungle wildlife. When we moved to the Netherlands, I worried about getting my fix of crazy creatures. Thankfully there are plenty around, perhaps less exotic, but not less cute. Next to our house is the Westduinpark, a nature reserve that sports Den Haag’s hedgehog shelter. Somehow I ended up volunteering there, and that is how Rob the blind hedgehog made his - albeit brief – appearance in our house.

Hedgehogs are nocturnal and don’t need much in the way of sight, so Rob’s biggest problem is that he cannot distinguish day from night. Wandering around in broad daylight is unsafe - many hedgehogs end up as roadkill. The plan was for Rob to live in our small enclosed garden, so we could observe him to see if he was fit for release. However, Rob aka Houdini had other plans. He came to us because he was stressed in his cage in the shelter and kept escaping, but that wasn't the end of it.

We pick him up in a small cardboard box. In our garden he spends half an hour crisscrossing around at high speed, bumping into people’s legs, like Sonic the Hedgehog on speed. We retreat inside, hoping on his own he will calm down. When we can’t see him anymore, I hope he’s settled down into the big heap of leaves I raked together especially for him. As a good hedgehog should, in the middle of the day.
You can imagine my surprise when I walk out my front door and see Rob racing across the road, full speed ahead. Thankfully I can grab him quickly, and put him in a box inside whilst I call the hedgehog shelter to confer: what to do with mr. Houdini? Before I hang up, Rob has escaped again, long story short: that sunny afternoon we decide to drop Rob off in the woods at Clingendael. He stomps off happily into the bushes, as far from roads and people as we can manage. Where he hope he still lives. 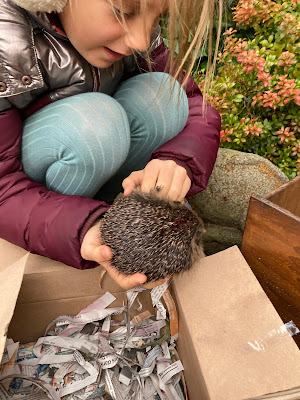 After more, finer wire has been installed, we are ready for the next lot. Spriet, Meneertje, Meisje and Hyacint are quadruplets that lost their mother and were brought into the shelter as tiny infants. They are healthy and grow well, but as hedgehogs hibernate, young ones that don’t reach a proper weight in time have poor chances to make it through winter. The siblings will hibernate in our garden, where we can fatten them up on a diet of cat food and cuddles (well, just the food. They are prickly, after all). If they do wake up hungry too soon, we can supplement their food so they can go back to sleep. 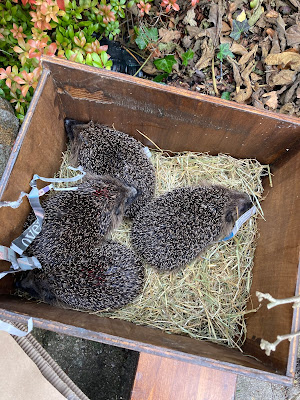 These little guys behave as hedgehogs should: sleep all day. In the evening we can see them roam around the garden, digging up the lawn and wolfing down the food we put out for them gratefully.

Every few days we weigh them, and clean out their little pen – hedgehogs are messy animals that love to relieve themselves where they sleep and eat. But when they look at us with their beady eyes and pointy snout, we will forgive them all their sins. The weather is mild and they are still underweight, it will likely be a while before they start their long sleep. So in the meanwhile we can enjoy their company.
De Egelopvang Den Haag runs on volunteers and donations, if you can, do consider giving them some extra cash to help more of these amazing little creatures. More information can be found on their website: https://www.egelopvangdenhaag.nl
And here, just because I know you love them as much as we do: some more photos: 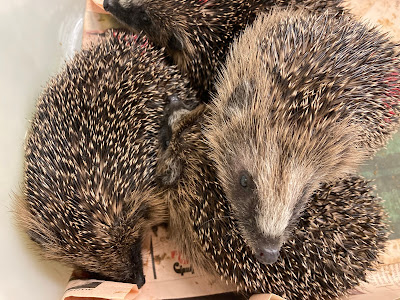 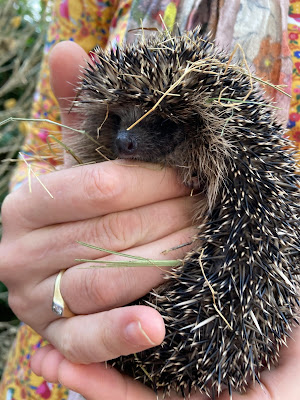 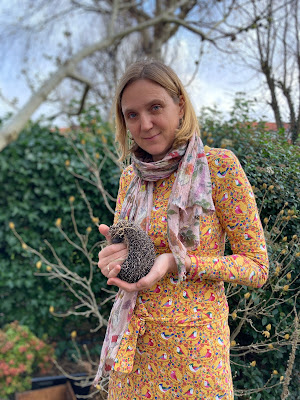 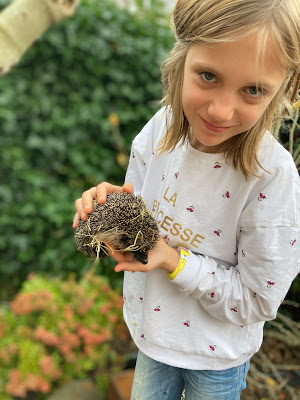