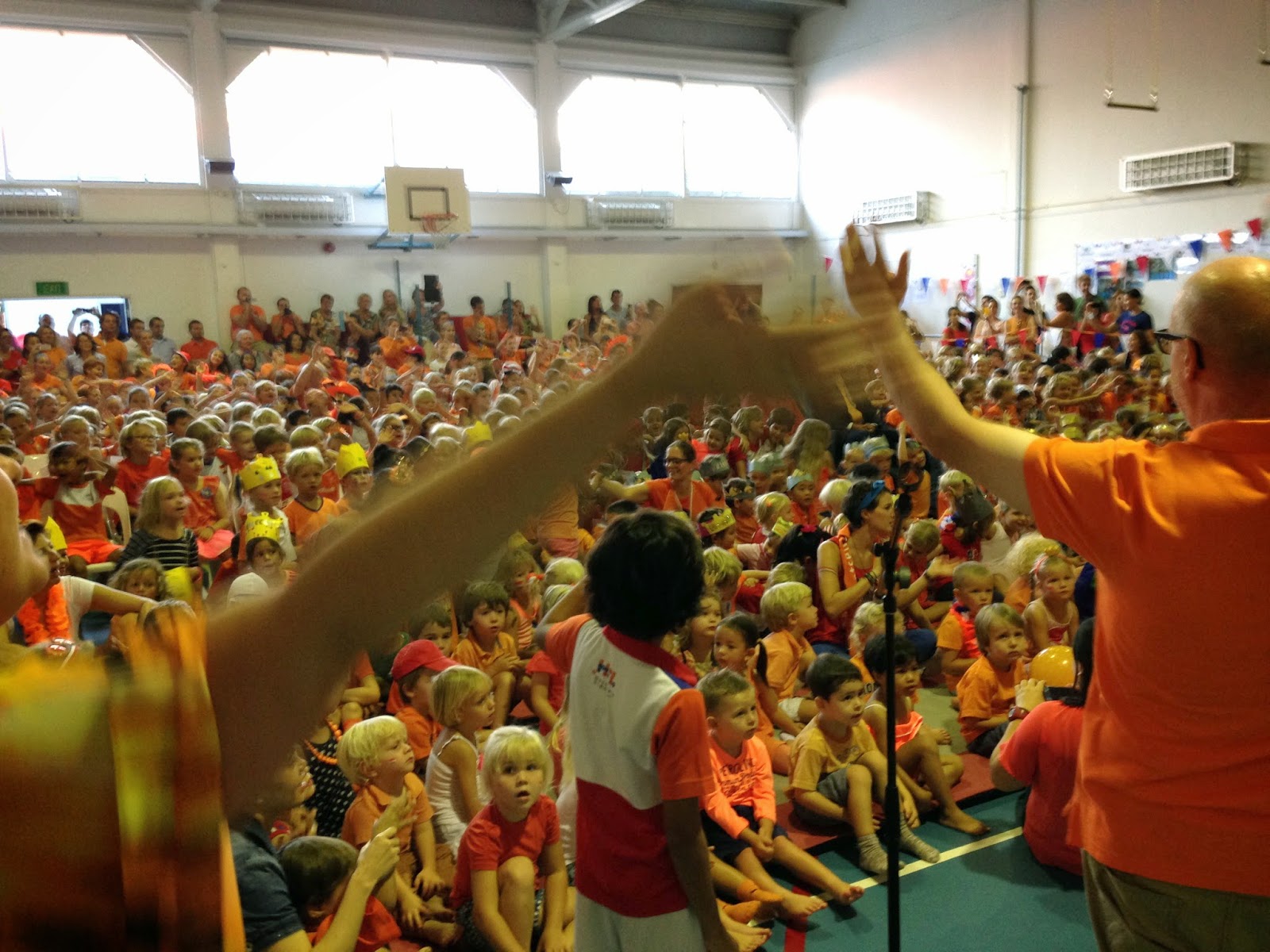 The accompanying slogan ‘Our Independence, our Interdependence’ was found especially provocative. The group would not endorse any interdependence with any country.
That Singapore, which has over one million migrant workers, constituting around a quarter of the population, relies heavily on exactly those migrant workers to keep their economy as thriving as it is, the protesters conveniently ignored. Just like they ignored the long and fruitful historic relationship between the Philippines and Singapore.

Singapore is in essence an immigrant city, where everyone was once a foreigner, yet like so many issues relating to recent migrants the debate escalated. Comments were penned heatedly, ranging from xenophobic mud-slinging to appeasing locals professing peace. Even Prime Minister Lee Hsien Loong put in his two-cents-worth, by publicly denouncing the protesters on Facebook, and calling them ‘trolls’ that were a ‘disgrace to the country’. The Prime Minister seems to be much more aware than some of his nationals of who helps buttering Singapore’s bread. 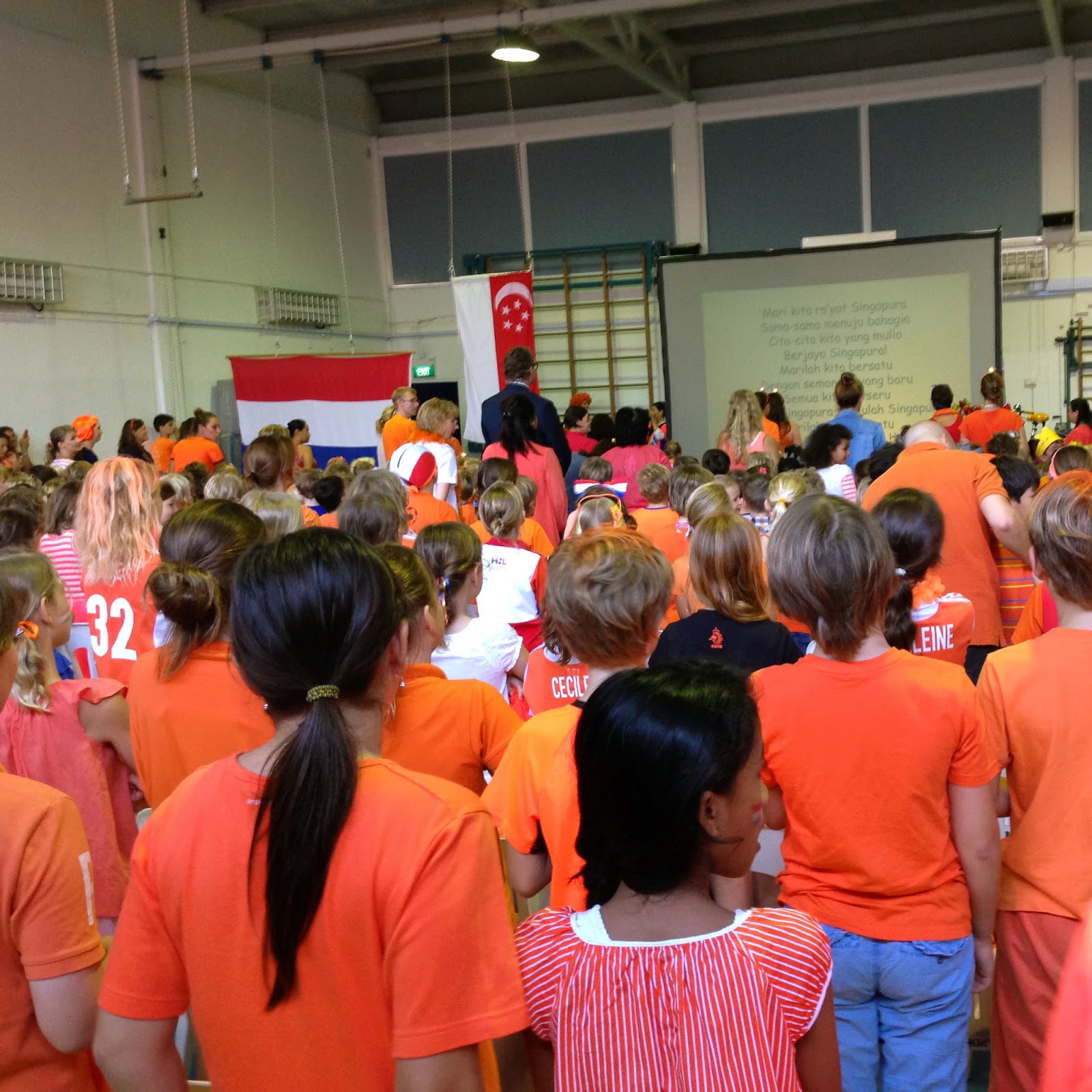 In the meanwhile, the Dutch community in Singapore celebrated their King’s Day in peace. No one protested against the small groups of orange clad ‘cheeseheads’ taking over a few of the bars downtown, downing Dutch beer, and munching on bitterballen and raw herring. Nor against the Dutch school, that like every year, and like every self-respecting Dutch school, celebrated the monarch’s birthday with traditional games and cake. But not after five hundred kids in orange sang Majulah Singapura and the Wilhelmus whilst raising both flags next to each other in assembly. 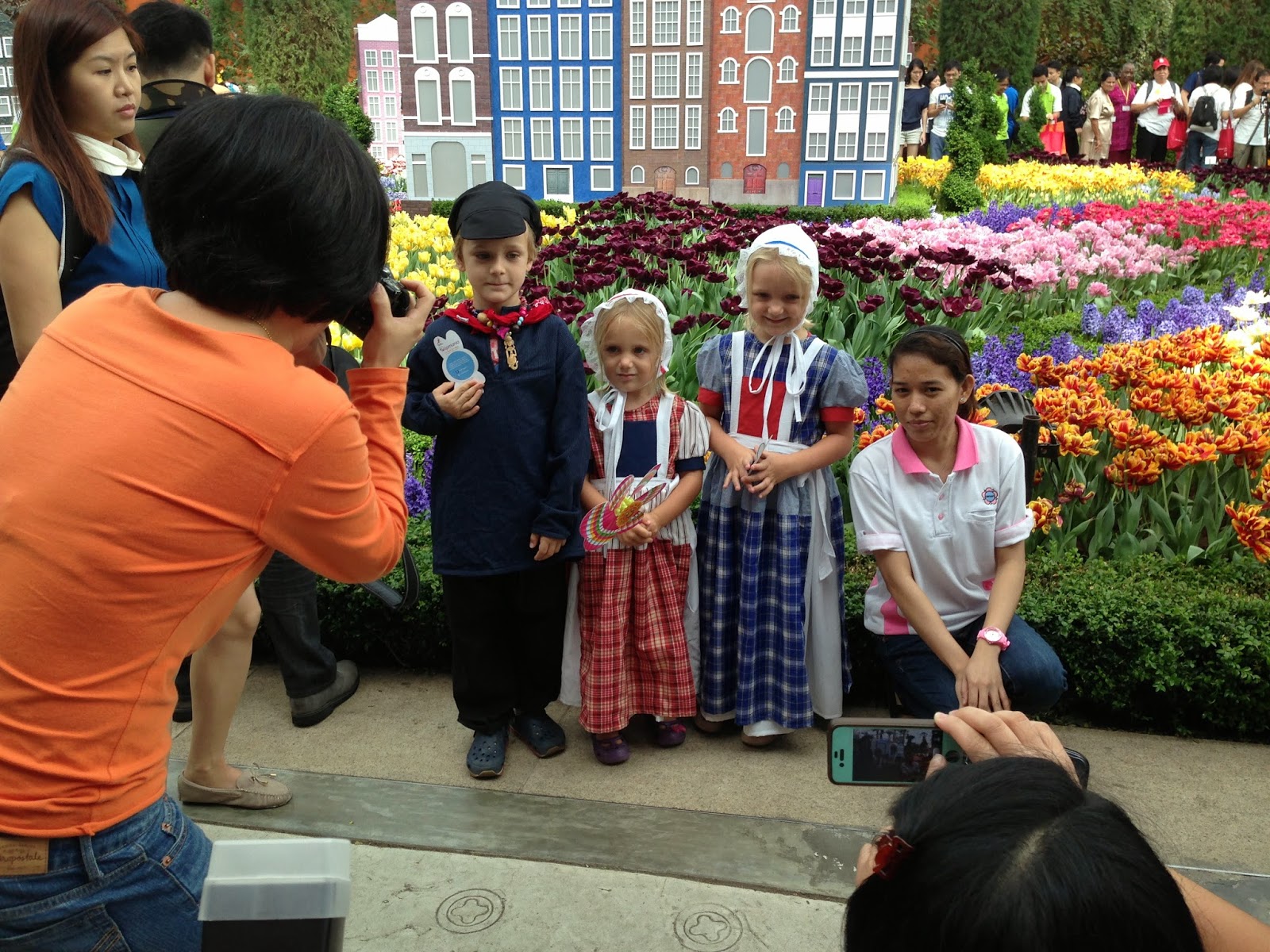 At the Gardens by the Bay, that state-of-the-art landmark that makes every Singaporean swell with pride, Dutchness is further celebrated by the Tulipmania exhibition, where tens of thousands bulbs were flown in to colour the Flower Dome like a fresh Lowland spring.

You can understand some of the celebrations this year bore a bitter aftertaste for me, not unlike the sickly sweet 'oranjebitter' drink that I usually manage to avoid. I could end with a snappy comment about one foreigner not being treated like the other, a joke about the insignificance of the Dutch, or by advocating respect and peace for all. But I won’t. 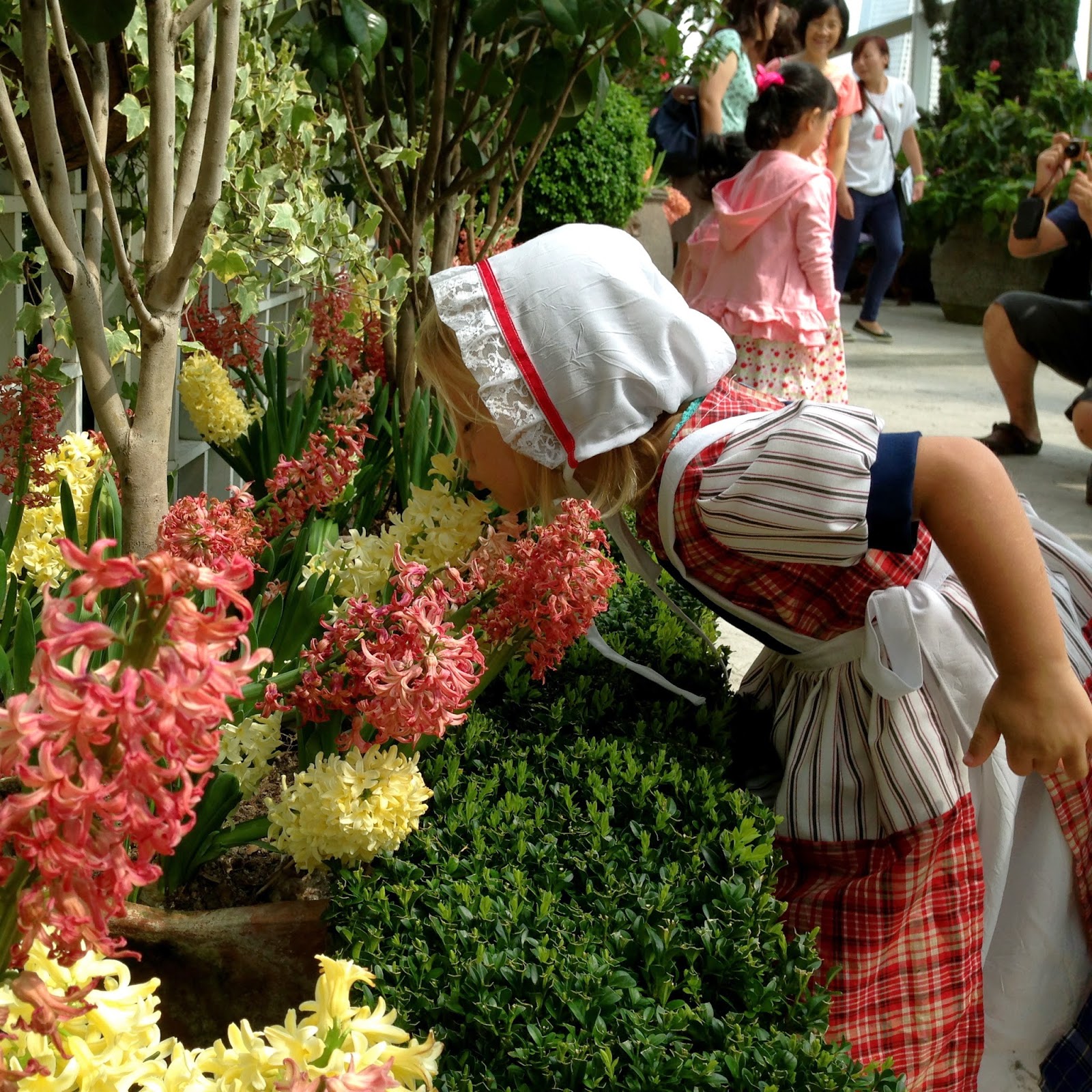