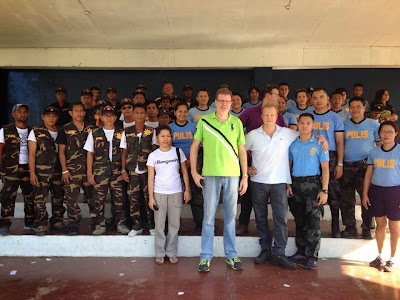 The typhoon Yolanda shook the Philippines upside down, and the rest of the world as well. As always with a disaster of this scale, aid organisations tumble over each other to provide help quickly. Money is transferred; clothes, food and medicine are collected. But do these goods actually reach their destination? 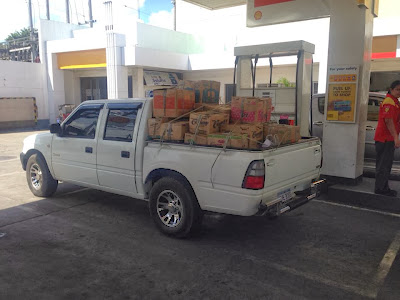 In the maelstrom after the tsunami it became clear that not all well-meant help is equally useful. Affectionately collected articles of clothing sometimes were deposited on the roadside, by desperate chauffeurs, simply because there was nowhere to store them. They rotted away in rain and mud. Depots in harbours and on airports overflowed with donations that were direly needed just a few miles down the road. For many people on faraway locations foreign help did not reach this ‘last mile’. 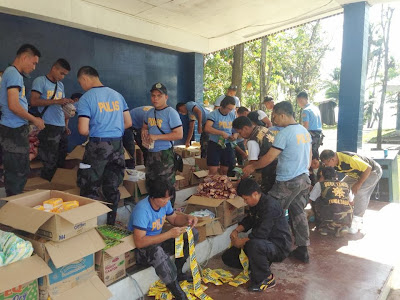 
Nine years ago Arnout Mostert, Dutch expat in Singapore, sat behind his desk, feeling itchy. He felt helpless. He wanted to do more than just draw his chequebook. With two friends he boarded a flight to Phuket, to see with their own eyes how they could best be of service. On landing in Phuket they found, to their surprise, supermarkets and ATM machines well stocked, and aid organisations setting up and struggling to get started. They heard about areas on the north coast, forgotten areas, that were difficult to reach, and where no film crew had been. 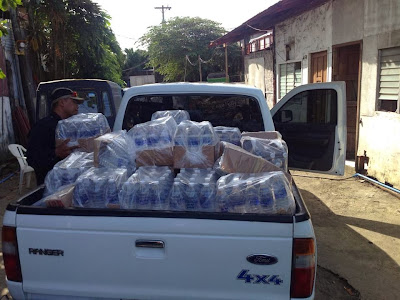 
The three Dutchmen rented some pickup trucks and set to work. They filled their trucks with everything that they were told was needed, baby food, drinking water, tinned foods, medicine, and gruesome but true, a type of local tiger balm that people rubbed under their noses to combat the ever-present rotten stench of death.

From Phuket, Arnout and his friends drove their laden trucks to faraway fishing villages, handing out help where needed, and back to replenish supplies. Back and forth. Through email they raised funds amongst friends and relatives. Costs of hotels and other personal needs, the friends paid for themselves. 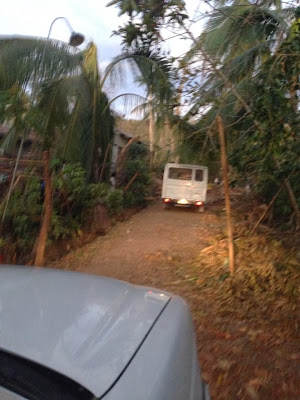 
Now a new disaster has struck on his doorstep, Arnout felt the same pull, especially after last time's success. The first time I heard about his plans was through one of his friends, my husband in fact, who asked my permission for a donation. Not much later Arnout’s story went viral on Facebook. The Dutch community in Singapore, and many others, jumped in with money and their time. The gym teacher of the Hollandse School was given a week off to help. So many people joined, that this week several teams will be able to hit the road. 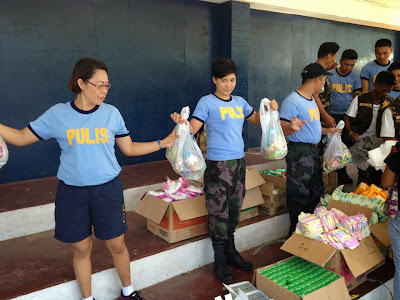 Together with local volunteers and the Philippines army and police force, Arnout and his team are working hard to bring much-needed goods to far-off, forgotten locations. Goods are bought locally, and packed and transported under police protection to places where no organisation has been yet. 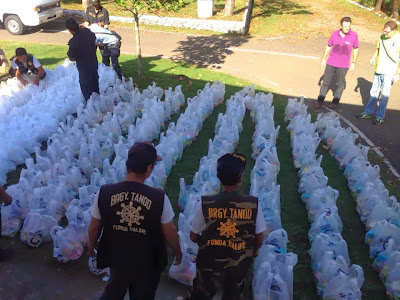 
On his Facebook page Arnout tells his about his work. About his problems to rent trucks, because the Canadian Army took most. About his attempt to get 500 plastic bags without having to pay a peso. About locals asking for building materials, as the damage to houses is significant. About how bad the damage is in places, but also how great the locals are in helping with efforts like his. 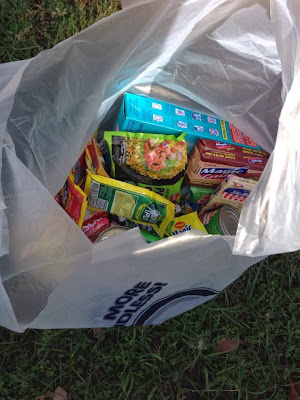 At the moment Arnout and his crew are on the island Panay, in the west of the Philippines. The plan for the next days is to fill gaps around the towns Capiz and Estancia, where the Canadian army has not been able to get. 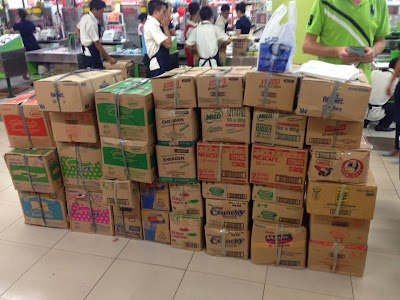 The work is by no means finished.


Do you want to help, with cash or with deeds?

Disclaimer: All photo's are taken from Arnout's facebook page, and reprinted here with his permission. Arnout can be seen in the top picture, middle right in white polo shirt, next to Martin, the HSL teacher present on site. The lady on the left is Mylene Herbilla Yanga, a local volunteer.
Posted by Karien at 19:21